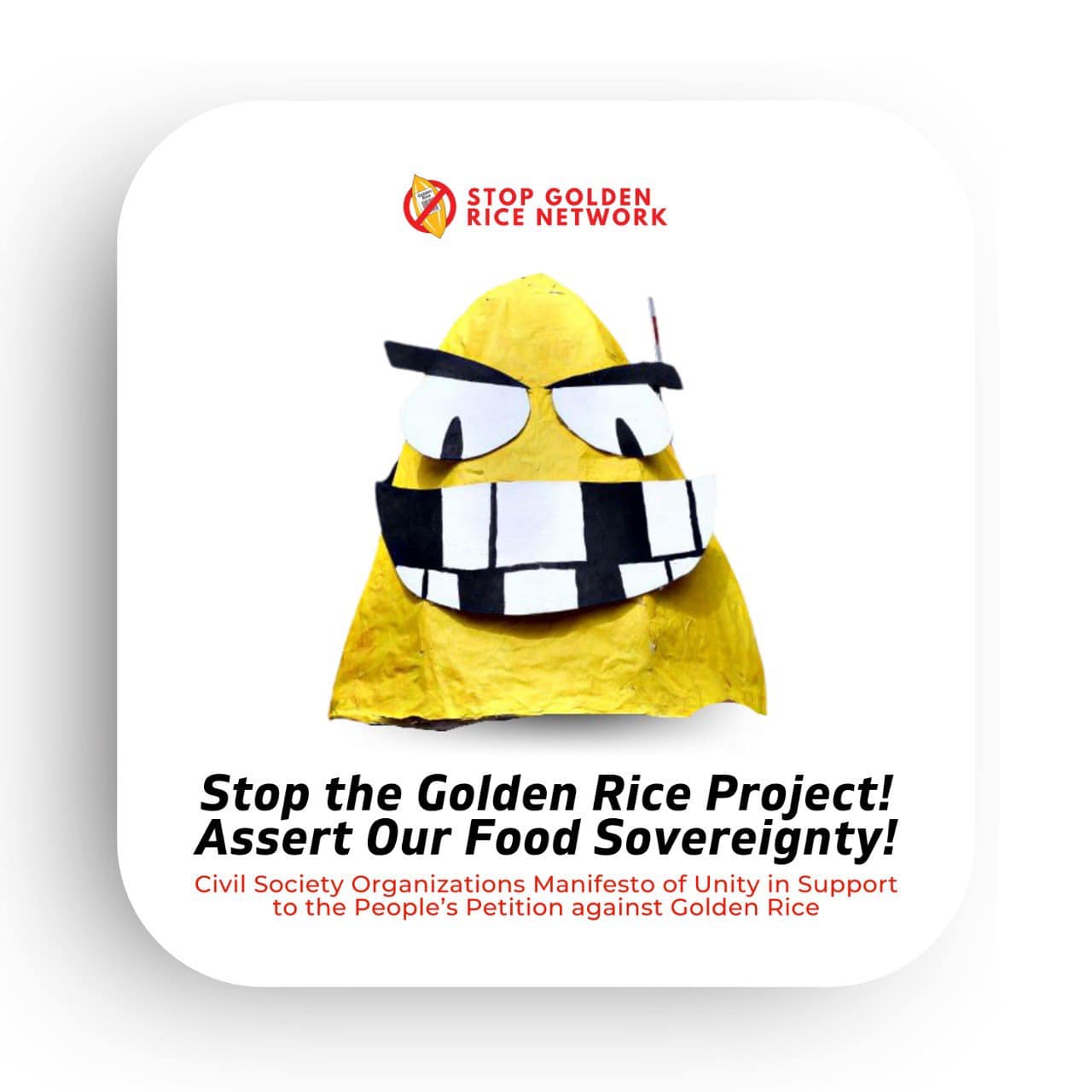 We, civil society organizations in service and solidarity with Philippine peasant farmers, scientists, and consumers, express our support to the people’s petition against the unnecessary, useless, unwanted, and profit-oriented corporate project that is Golden Rice in the Philippines. Proponents of the said technology claim that this will serve Vitamin A-deficient children, mothers, and pregnant women. Despite the overwhelming opposition of Filipino people, unjust lapses in the approval process, possible risks to our environment and health, and the abundance of locally-available Vitamin-A-rich crops in the country, it is now being planted in our lands and forced into our food systems.

Corporate lobbyists argue that the decades-long resistance against Golden Rice stands no ground and veers towards being “anti-development” and “anti-science.” Yet, oppositions grounded on its negligible beta-carotene content, lack of independent and long-term safety tests, and possible risks of contamination and to our health were answered with extreme vagueness making their responses, at best, tokenistic and unscientific, and unjust, at worst.

Our work for genuine development requires us to understand the root causes of poverty, hunger and other structural problems faced by marginalized people by providing spaces wherein people are empowered to speak and take action to achieve their collective aspirations.

As evidenced by the opposition, Golden Rice does not represent genuine development, nor support people’s democratic aspirations. It cannot even stand true to its own promise. It is nothing but a corporate technology, enabled by our own government, that tampers with the people’s right to define and lead their own food and agricultural systems, right to produce healthy and culturally-appropriate food through ecologically sound and sustainable methods that respect human rights, and the right to genuine development based on justice.

The people’s petition against Golden Rice represents our concerns and calls. We stand behind the brave Filipino people working towards a just, healthy, equitable, and sustainable food system that will ensure safe, adequate, accessible, and nutritious food for all and uphold the fundamental rights of each Filipino people that are under threat by the aggressive corporate push of this technology. We encourage the high courts to decide in favor of the Filipino people.